5 Large Paintball Fields To Play On...

Five large playing fields – so many games to play.

“Fire Base Zebra” is our first scenario field. It has a military base theme with 5 small forts and one monster fort named “the kill house”. The kill house is 40’ wide by 80’ long. It is so large it has a maze inside for players to navigate. Be very careful when clearing this building!

“Tunnels” is our most talked about field. It is named for the tunnel system throughout the heart of the field. Tunnels has 10 forts to take over and hold. There are 3 vertical levels to the Tunnels field – ground level, tunnels level, and the upper level with sniper nests and bridges and the Eastern boundary is dominated by a ridge with trenches throughout.

“Okinawa” is a WW II themed field of “take the hill”. The hill takes up the entire eastern boundary and is 50’ tall. The hill is covered in gun emplacements, machine gun nests, pill boxes all connected by a camo net covered trench that stretches along the entire top of the hill. If you find yourself the last defender you can always hole up in the bunker fort hidden in the back as a “last stand” to hold off the horde of attackers until the clock runs out.

“Tunnels 2” is our newest field. 600 feet of tunnels, 6 forts, 2 hidden “pill boxes” and many surprises. You really need to look all around, you never know where the OppFor will pop up.

“C.Q.B.” (close quarters battle): This smaller field is perfect for beginners or small groups. This is a great field to get the hang of things before trying out our other fields.

Book and schedule online. Fill out our online waiver.

Frozen – Typically played like an elimination game. The difference being that if you are shot you are only “frozen” (must stay still) and are not immediately out. You may kneel if you are in the line of fire. While you are frozen, if your own teammate tags you, you are “thawed” and return to play. If an opponent tags you, you are “shattered” and must leave the field.

Snipers – A team of snipers is sent out into the field given the chance to hide. The others then approach the field and try to kill all the snipers. The snipers are allowed all the ammo they want. The other team has limited ammo (20-40 shots each) There should be about 1-5 ratio of snipers to others.

Hostage Rescue – One person is selected to be the hostage. A team hides them somewhere on the field. The hostage is not allowed to speak until they are rescued. The rescuing team must find the hostage and bring him to a safe point. If anyone shoots the hostage, that team loses.

Duel – As an easy way to determine a winner in the case of a tie. Start back to back and walk apart in a straight line. One shot each. An outside party will shout fire, at that time you can turn and shoot. If either team turns prematurely, they lose.

Terminator – 1-6 terminators to others. Terminators have an X taped onto their backs. They must get shot on the X to be killed. The goal of the terminators is to get to a certain point before they are all killed.

Alamo – One team is selected to defend their base. They are not allowed to cross a certain line outside their base. The attacking team must breach their base and reach a flag inside it.

HQ – There are 3 mini games lasting 3 min. each. The ref announces which fort is the objective. Each team receive a point for each team member in that fort at the end of the 3 minutes.

POW – When you are hit you are taken prisoner and go to the opponents camp. You can be released if a teammate tags you. Capture all the opponents to win.

Bio Weapon – Terrorists have stolen a bioweapon and hidden it on the field. Which ever team finds and returns the bioweapon to their team start point wins.

Civil War – Any game, no hoppers allowed. You can only hold one shot in the gun at a time. You can hold as much ammo as you wish in tubes on yourself.

Capture the Flag – One flag is placed in each team’s base. The object of the game is to capture the opposing team’s flag and return it to your flag base.

Knights – Each team has a “Knight” armed with a sword and shield. To win, either get your knight to the enemy start point or eliminate the other team.

Speedball – One flag is placed in the center of the field. The goal is to get the flag and bring it to the opposing team’s base.

Recon – Score points by visiting each fort and marking your card. Play ends when 1 team is eliminated. Highest points wins.

Command and Conquer – Multiple flag poles in the field. To win, your team must have your flag raised at all locations.

Limited Rounds – Any game, each person starts the game with limited ammo.

Watch this: Know the rules before you get here.

Check out our basic paintball rules.

Play fair – have fun – and come back for more!

2. A player is out of the game if he is hit by a marking pellet (paintball) and it breaks on him, this includes his clothing or equipment. It doesn’t matter whether the player is shot by a opposing player or a teammate (friendly fire). When a player is marked he/she is to immediately call themselves “OUT”. He/she must then hold their gun over their head, continue to call out “OUT” and leave the playing field by the shortest and safest route.

6. A player is not allowed to move together with a barricade (no shields).

7. “Dead Man Walking” (DMW) is NOT allowed. DMW is when a player, although not hit, walks alongside players who got shot and are walking out of the game field. This deception gives him/her the advantage to change his/her position or to get nearer to the opposing team.

8. “Dead Man Silent” is when a player gets hit and walks out of the field. During this walk he/she is not allowed to speak to any other players. A marked player is to walk out of the field and to report immediately to the elimination zone, respawn area or staging area.

9. Team captains or the referee assigned to the team have to wave to the Head Referee in order for the game to begin. The Head Referee will blow the air horn once to start the game officially. The end of the game will be signaled but the air horn sounding twice in quick succession.

11. If enemy player is within 20′ of you, you must call for surrender, unless in tournament play or Close Quarters Battle (CQB) game.

Tactical Movement on the Paintball Field

Team Tactical Movement on the Paintball Field Most fields are “scenario” fields. This means that they have many different bunkers to ... 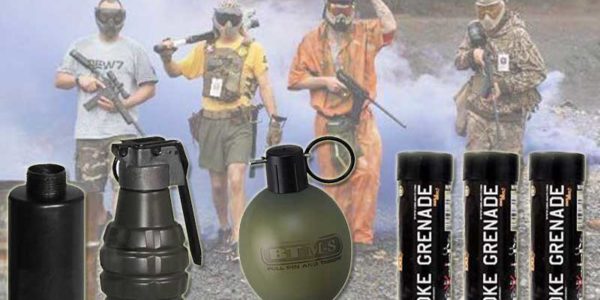 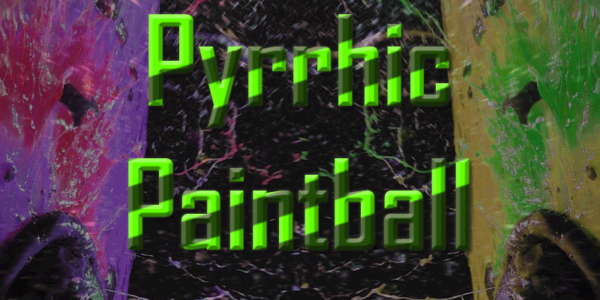